(White Plains, New York) While the hopeful signs of a post-pandemic life are growing, many small businesses are still struggling to recover. And while the United States faced the worst economic crisis in almost a century, Amazon’s operating income increased from $4.0 billion in Q1 2020 to $8.9 billion in Q1 2021, a 123% increase.

Last year during Prime Day, the American Booksellers Association (ABA), a not-for-profit trade association supporting 1,800 independent bookstores across
the country, launched #BoxedOut, a national marketing campaign that received widespread coverage. Independent bookstore storefronts were covered with cardboard facades, reminiscent of the ubiquitous Amazon brown boxes on porches and in lobbies across America, and quotes such as “Don’t box out bookstores” and “Books curated by a real person, not a creepy algorithm,” and hundreds of indie bookstores took to social media to start a conversation about
the cost and consequences of “convenience” shopping and how the growing market dominance of Amazon adversely affects local communities: the erosion of jobs, a loss of character for our hometowns, and less money for the local economy. The 2019 Civic Economics Prime Numbers study reports that 28 percent of all revenue from indie bookstores immediately recirculates in the local economy vs. only 4 percent when you shop with Amazon.

As Prime Day 2021 approaches, a significant national conversation about antitrust and monopolies is already underway. In the U.S. Senate and House of Representatives, legislation has been introduced that would curb the monopoly power of Amazon and other dominant Big Tech corporations. District of Columbia Attorney General Karl Racine has launched an antitrust lawsuit against Amazon to end practices that have raised prices for shoppers, stifled innovation, and limited choice for consumers, and the Massachusetts, Pennsylvania, California, New York, and Washington State attorneys general are reported to be conducting investigations into potential antitrust violations by Amazon. And this week, the
Biden Administration announced that the most prominent legal voice for effective antitrust enforcement in the 21st century — Lina Khan — has been appointed as chair of the Federal Trade Commission, the agency charged with enforcement of
civil U.S. antitrust law and the promotion of consumer protection.

In contrast to Amazon’s record profits this past year, more than one independent bookstore a week has closed during the pandemic. Others were able to survive and, in some cases, thrive through resilience, innovation, and community support.
Bookstores launched virtual event series, FaceTime personalized shopping, and Facebook Live storytimes; started local delivery and subscription services; opened pop-up locations and shifted their businesses online; and offered community support through book drives, hotlines, food pantries, voter registration, COVID testing, antiracism resources, and more. Thirty-two independent bookstores have opened so far this year and thousands of readers are going to IndieBound.org and Bookshop.org every day to find their local bookstore. But bookstores, like many small businesses, are on precarious ground coming out of the pandemic: they are facing unprecedented expenses, supply chain disruption, and safety concerns continue, and in the weeks and months ahead they will be challenged by inflation, the labor shortage, and more uncertainty.

Amazon is marketing its Prime Day event as two days of “epic deals,” but ABA’s #BoxedOut campaign is returning to talk about what’s at stake. Danny Caine, the owner of Raven Bookstore in Lawrence, Kansas, speaks to the cost in his recently
published book, How to Resist Amazon and Why: The Fight for Local Economies, Data Privacy, Fair Labor, Independent Bookstores, and a People-Powered Future.
In a recent op-ed piece, ABA CEO Allison Hill stated, “This is a crucial moment in history. As the pandemic subsides and we return to the social spaces that bring us together, we will decide whether we want to be commoditized or recognized as
individuals. Independent businesses all across the country add diversity, character, and humanity to our communities and they need our support. Without them, we’re just another brown box.”

About ABA
Founded in 1900, the American Booksellers Association is a national not-for-profit trade organization that works to help independently-owned bookstores grow and succeed. Our 1,800 bookstores act as neighborhood anchors; offering a third place to gather, promoting authors and reading, enriching the cultural life of
communities, and creating economically vibrant neighborhoods.

Weather permitting, Macdonald Book Shop will have an outdoor sale on select books, marked 25% to 75% off. Staci will also be reading children’s books between 10:30 and 11:30. Please visit the courtyard between Inkwell and Brew and Macdonald Book Shop.

We will have a table set up and a staff member on hand to help you choose through our selection. Visit the back register to buy your books. We all encourage you to visit our in-store sale section to see what we have on sale every day.

Check on Wednesday’s throughout Summer to see when we will host an outdoor sale and story time! We look forward to seeing everyone

We look forward to seeing you. 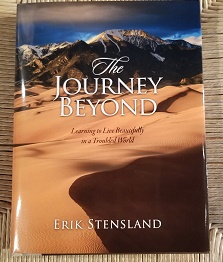 Erik Stensland’s newest book is now available at Macdonald Book Shop. The Journey Beyond is the second installment of his Whispers in the Wilderness series, which will have three books. Erik combines outstanding photography with insightful words to show his love of nature and life.

Hill We Climb by Amanda Gorman in Stock 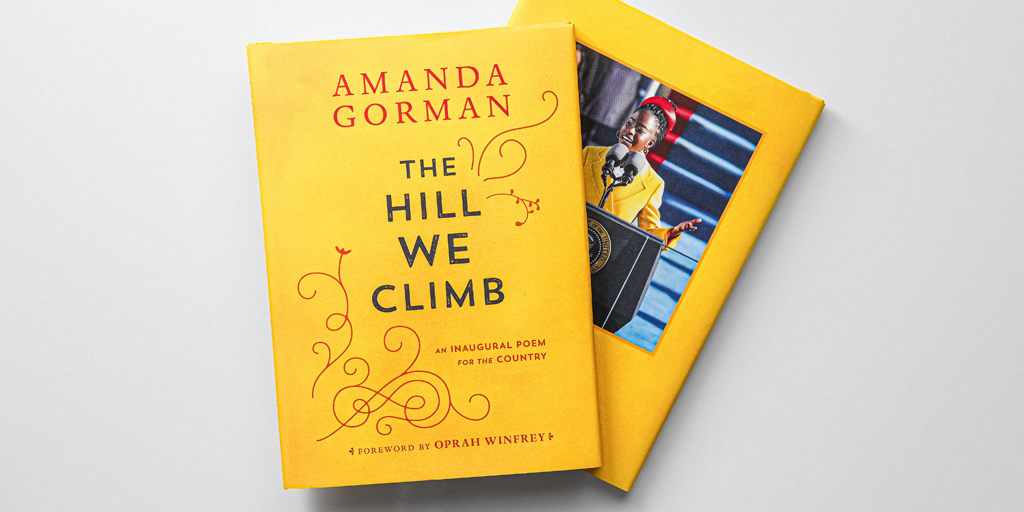 Amanda Gorman warmed all of our hearts on Inauguration Day and many of us in Estes Park have awaited her poems. Thankfully, we received her book on its publication date and have plenty in stock for those who would love to pick up a copy. If you missed her reading the poem, don’t wait a moment more to explore her powerful voice. As one of the youngest poets to read at the Inauguration, Amanda Gorman has reached amazing heights already.

Oprah Winfrey provided the forward in Amanda’s book of poems, “As her words washed over us, they healed our wounds and resurrected our spirits.”

Call our store or send us an email to reserve your copy. 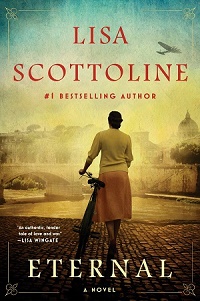 Lisa Scottoline released Eternal this week and as luck would have it, Macdonald Book Shop received signed copies. Lisa Wingate calls it a tender tale of both love and war. Set during the time of Mussolini, and the world on the cusp of war, Scottoline takes the reader through the hardship, romance, and loss of her characters.

Courtesy of iPage: “Elisabetta, Marco, and Sandro grow up as the best of friends despite their differences. Elisabetta is a feisty beauty who dreams of becoming a novelist; Marco the brash and athletic son in a family of professional cyclists; and Sandro a Jewish mathematics prodigy, kind-hearted and thoughtful, the son of a lawyer and a doctor. Their friendship blossoms to love, with both Sandro and Marco hoping to win Elisabetta’s heart. But in the autumn of 1937, all of that begins to change as Mussolini asserts his power, aligning Italy’s Fascists with Hitler’s Nazis and altering the very laws that govern Rome. In time, everything that the three hold dear–their families, their homes, and their connection to one another–is tested in ways they never could have imagined. As anti-Semitism takes legal root and World War II erupts, the threesome realizes that Mussolini was only the beginning. The Nazis invade Rome, and with their occupation come new atrocities against the city’s Jews, culminating in a final, horrific betrayal. Against this backdrop, the intertwined fates of Elisabetta, Marco, Sandro, and their families will be decided, in a heartbreaking story of both the best and the worst that the world has to offer. Unfolding over decades, Eternal is a tale of loyalty and loss, family and food, love and war–all set in one of the world’s most beautiful cities at its darkest moment. This moving novel will be forever etched in the hearts and minds of readers”–

If you love other Scottoline books, Lisa Wingate, or Kristen Hannah, then you will want to read Eternal.